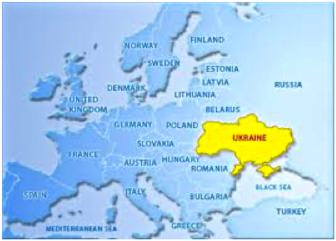 Ukraine has a great foundation for burn care with many educated and dedicated physicians, nurses and other medical practitioners. However, with the collapse of the Soviet Union, the resources for maintaining and updating facilities, educating and training medical staff have suffered. Children in Ukraine with severe and debilitating burn injuries often do not receive necessary medical treatment for that reason, along with the high cost of treatment.

The transition to a market economy has resulted in soaring prices of pharmaceuticals as well as basic services, further complicating the already difficult economic situation in the health care sector. The post-independence economic crisis led to a significant fall in state income, which also had a substantial impact on health care funding.

The World Health Organization (WHO) has described global burn injuries as the ‘forgotten public health crisis’. Nearly 11 million people a year suffer burns severe enough to require medical attention (more people are burn each year than are infected with HIV/AIDS and tuberculosis combined). There are over 40,000 burn accidents in Ukraine each year, and about 10,500 of those are children.

The high cost of treating burn injuries along with the lifelong disability and disfigurement, often resulted from a burn, can force a patient and their family deeper into poverty. The best burn centers in high income countries can save burn patients with burns over 90% of their body’s surface area; in low and middle income countries burns of over 40% TBSA are almost invariably fatal.